Blink’s Special: Chefs Talking about Restaurant Industry in 2021 & Beyond 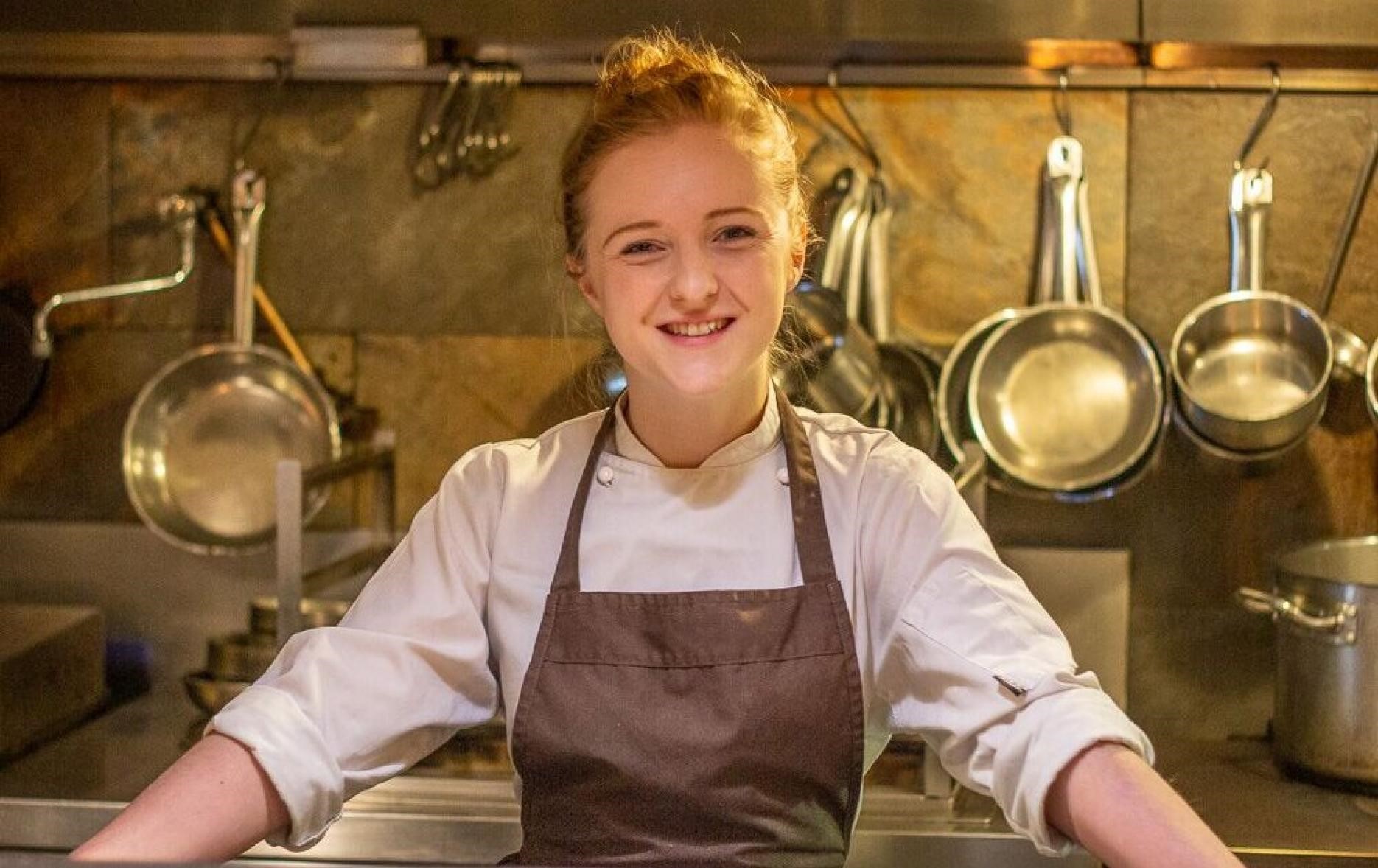 This week’s special lends insight into the rise and fall of startup businesses in the aftermath of the COVID-19 pandemic. Based on exclusive collabs, there’s lots of grey matter material that begs indigenous contemplation rooting to chefs talking about the restaurant industry – and how up-and-coming kitchen nomads can make it better.

To think of it, we haven’t touched base with up & coming chefs talking about the restaurant industry up until now. Had it not been for restaurant marketing strategies in 2021, different ways to upscale your food startup, and other important shenanigans, we’d have detailed the conundrums of sharing Chefs’ knowledge sooner.

Here we are with something off the curb.

Based on your niche in the food industry, take it with a modicum of salt and improvise to develop a sense of foresight. This way, you’ll be able to reshape your restaurant’s future in a much better way.

Chefs’ talking About the Restaurant Industry from Across the World:

About the ‘what comes next’ scenario for food businesses, David Chang and Jon Nodler, head chef and co-owner of Cadence & Food and Wine base their nuggets off of experience built on decades of stellar performance in the kitchen.

In David Chang’s case, success hit a new high in 2004 after he successfully reshaped dining ideas about how traditional Manhattan restaurants can build upon their prowess towards a delightful customer experience. On that note, David had the pleasure of hosting back-to-back seasons of Netflix’s docuseries: ‘Ugly Delicious’ where the chef predicted the future of modern-day restaurant business to great lengths.

Unfortunately, we weren’t hit by Corona in 2004, but Chang’s ability to foresee how the food business would revamp in the next few years was remarkable.

After COVID, the chef had a sit down with ‘NY Times’ corresponded where he said that the food industry would continue to fail if it follows the conventional practices. In other words, old and outdated marketing and scalability practices are just as good as another hunk of fodder for the cattle.

When asked about small to medium restaurants in comparison with dated establishments, David Chang said, “My fear is that most of the restaurants will head in for early closure. Those restaurants that are able to survive will become big food chains in a couple of months because they will be eradicating the very eclectic mix that makes it possible for an average Joe to walk into a local diner and get anything off the menu.”

David’s analysis was on the dot because many restaurants went out of business as soon as the pandemic shook up the traditional business modus operandi. Yet at the same time, hope incited after President Biden nodded in favor of the ‘American Rescue Plan Act of 2021’, which enabled Congress to sign an aid worth $1.9 Trillion.

A significant portion of those funds was reserved for the food industry that plays a vital role amidst a currently booming economy at the edge of delirium.

David Chang hinted along the lines of restaurants having to follow a strict in-house health code where there’d be a hoard of sanitary napkins, hand sanitizers, and face masks rushing to save the day. “Since we are working at 50% capacity, people inside and outside any dine-in establishment need to get used to the new norm”, said David.

You shouldn’t be surprised at seeing your favorite local diner sealing silverware in a pouch, and doing the dishes twice to elicit confidence for walk-in customers. It’s just the way things are right now. “Servers are already wearing gloves and masks at their tables,” said Kwame Onwauchi, Executive Chef of Kith/Kin in Washington DC.

Already, we are seeing these restaurants working their butts off to make people feel more involved and comfortable in the unusual setup. For instance, tables are set further apart and the emphasis on individually packaged meals is gaining traction whenever you are looking to order takeout, or just have a plate of Brioche with a dash of Latte’. That’s just the way, things will continue to function for brick and mortar dine-ins.

But the important angle is chefs talking about the restaurant industry in the online stratosphere. Here are some of the most interesting and recent developments gathered over the last 13 months or so.

Although there was a huge shift in a traditional restaurant’s ability to serve customers, they reported recovery when business operations transitioned to the internet.

Already, we have seen that takeout and over-the-call orders are a preferred choice among millennials who are pressed for time in a high-paced world. Therefore, many restaurants’ decision to focus on pushing simpler menus to mobile food ordering apps’ top fold, alongside the deal of the day campaigns, was a well-planned strategy that bore results in due course of time.

Food order menus have not only become simpler on your favorite mobile food ordering apps, but you are also able to navigate through them without any hassle. If you see your favorite restaurant running a few discount offers through a distinctive banner at the top of your mobile screen, it’s just their way of doling on saving you a scoop of the tastiest morsels to date.

To that effect, since food order menus have become digital, it is easier for name-brand food businesses to partner up with feasible merchants, such as; Blink Co. to create different kinds of menus on the get-go.

In addition to swift menu creation options, these restaurants can get by with some of the other powerful features that Blink has to offer.

… and an overall fast experience that enables such restaurants to work at maximum level with focus on food preparation, packaging, and quality ingredients.

‘Food Sheikh’ Advocates for ‘Meet You Out Front’ Policy for Restaurants:

The ‘Meet You Out Front’ policy is more of an unspoken norm among restaurants from all over the world these days.

In that order, anonymous blog network, ‘Food Sheikh’ gathered feedback from some of the most popular Middle Eastern restaurants kicking off on a new business model for customers who want to take a bite of the most popular dishes made by seasoned chefs in Dubai, Abu Dhabi, and other localities.

As a result, ‘Food Sheikh All Stars’ announced the inauguration of a new service on June 17, 2020, citing that there’s a special menu that features phenomenal mouth-watering treats from Dubai’s finest chefs.

That’s not all. The best part of this online menu is the sense of care and attention it diverts to customers. Each of these dishes is individually packed and handled to maintain adherence to healthcare policies and general safety protocols in the interest of the common public.

Behind the scenes, the ‘Food Sheikh All Star’ extravaganza was a result of collabs on executing a Dark Kitchen for Dubai restaurant owners, with months spent on knowledge transfer among business associates and Chefs who were already quivering with excitement at the hint of going online with their signature dishes.

“There were tons of training sessions, Zoom meetings, and leftover voice notes gloating over how to run a virtual kitchen during an ongoing pandemic situation in the Middle East,” said Food Sheikh in a recent interview.

At its core, this is just a normal online food delivery menu that even startups can breeze through, if they know how to create a flawless restaurant business plan, and work on new marketing strategies relevant to scaling food startups in 2021 and beyond.

Tipping Vs No Tipping Is Still a Debatable Issue:

Since restaurant forces have been cut in half, while most of the customers leaning on online food delivery apps, tipping hangs in the balance.

It’s true that many dine-in establishment connoisseurs dote on their waiters when served with a 5-star experience, but the ability for such customers to partake in this activity is reduced to a bare minimum. While the “tip jar” ran dry a long time ago, popular food chains rushed to retain their valued employees through several different restaurant business strategies.

According to ‘The Economist’ McDonald super sized its measly wages to not only retain existing employees but also attract future applicants who’ve been having a hard time finding jobs during the pandemic.

Experts believe that McDonald’s’ decision to increase payroll percentage was more of a double-pronged restaurant strategy that allowed servers to work with increased efficiency, and also hold back such hard-working individuals who had thrown in the towel previously.

Sadly, despite the U.S. government’s permission for local food establishments to resume walk-in services, many restaurants didn’t have a lot of employees to bank on.

Ann Hsing, COO of the Dialogue and Pasjoli restaurants thinks that tipping is a mundane culture that should have been eliminated a long time ago. “Wouldn’t this be a good time to universally eliminate tipping?”, continued Ann in an interview with the L.A. Times. “The tipping culture is a broken macho system that can promote bad behavior among restaurant employees.”

To some extent, we do believe that Hsing has a valued argument, but the “old” pre-pandemic tipping culture was replaced by something much more rewarding to restaurants’ fleet wing to say the least.

Many food ordering mobile apps allow customers to directly send an extra tip at the time of placing their online orders. Even if some of the apps don’t have this feature, a customer can always tip his food delivery agent whenever the order is fulfilled. People have been doing it a long time ago, and it has little to do with tipping culture being part of an archaic system.

Milliken’s restaurant’s Mary Sue is reportedly oscillating between fear and excitement concerning shifting most of the restaurant operations online. While the industry is still facing growth-related uncertainty, those restaurants that have shifted their operations towards internet-based business models, are faring comparatively well as opposed to reluctant business owners.

In a way, the breakthrough in Cloud and Dark Kitchens allowed for restaurants to collab on various forefronts without breaking the bank.

Another positive thing to branch out of the online trend for restaurants is the sense of connectivity. With Cloud kitchen admins limited to dealing with a handful of supervisors and employees, everyone is treated equally and like a family. Previously, a roster full of staff members not only created a disconnect among managers, but many of them bickered over petty issues that turned out to be business regressive decisions in the long run.

That’s all hunky-dory, but do you know who is benefitting the most from such a transition? It’s your average customer. While, as a restaurant owner, you continue to operate online, your customer is made to feel like royalty because of the home cozy and relaxing online atmosphere.

The food is fresh, the cooking process is detail-oriented, and since cooking isn’t rush anymore, your chefs bide their time to create drool-worthy dishes for customers to relish on.

Your Stance on Chefs Talking about Restaurant Industry in 2021:

… We’ll be honest with you.

We need your help to voice the concern of hard-working small food business owners out there.

Your valuable feedback helps such businesses to improve their services and focus on scalability that would help to serve you better!

Go ahead and share your thoughts in the comments section below. If it’s a well-deserved backhanded compliment, we’ll take it with a grin.

If it’s something that needs attention, we won’t pester you after stalking your online profile for days on end. Or, perhaps, we might…

Stay safe and healthy out there! 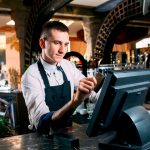 What is a Point of Sale System and how Does It Work? 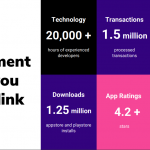 Our Guide to the Best Restaurant Management Software & What to Consider 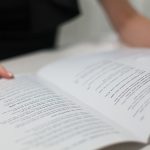 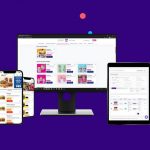 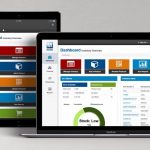 5 Order Management Apps for Small Businesses in 2023
Would you recommend this article?
YesNo
Previous
Next