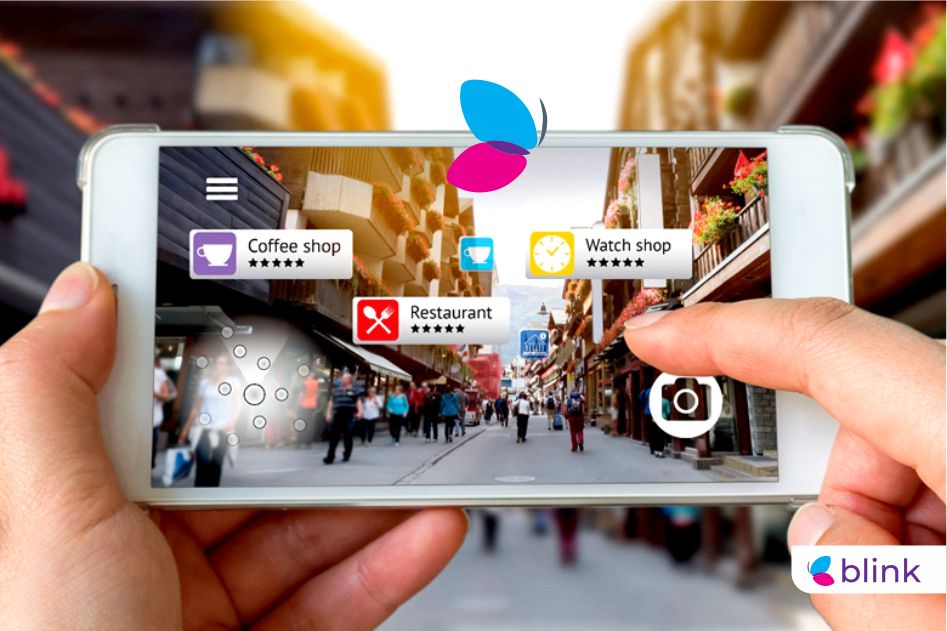 Why Is It Important to Read about Managing Restaurant Social Media Campaigns?

Why the hell not?

We live at the brink of new technology where millennials have taken over.

People have a short attention span, and they have the tenacity to use cell phones to scoop through the latest updates going on around the world. For each cell phone user, a time spent on his/her social media platform or favorite website is the modern-day equivalent of watching TV during breakfast hour at the start of the day.

Since social media platforms have become influential to the point where businesses are looking to bring a majority of their customers from, it’s high time to focus on such prospects. That doesn’t mean that paid Google ads for your restaurant, SEO, and other tactics have become redundant.

They have their importance, but social media is where the bulk of people reside – and it’s relatively easier to gain traction that way.

The Best Restaurant Social Media Campaigns of All Time!

Despite so much stuff going on in the social media stratosphere, some remarkable moments stand out as the pinnacle of success. We are going to be talking about the best restaurant social media campaigns that not only turned millions of heads but also amassed quite a following, to say the least.

These campaigns became the prime example for other businesses to get inspiration from. Without further ado, let’s see what the excitement is all about…

As if immense popularity for the content curation company: Buzzfeed wasn’t enough, they launched Tasty’s to attract food lovers from every nook n’ cranny of the internet.

Under Tasty’s brand name, Buzzfeed releases short video clips of mouth-watering treats. These videos are to the point, perfectly shot with drool-worthy close-ups, and are simple enough to retain viewers’ attention, while being able to get the message through.

Tasty’s best video has garnered over 200 million views, 1.4 million likes, and over 5 million shares since the day it was launched.

Case in point, Peretti’s opinion was to spread the message about carefully crafted content that doesn’t incur a lot of expense on the creators’ part. If you are a restaurant owner looking to get ideas from the best restaurant social media campaigns, know that spending a little extra time on the quality of your content is better than overspending.

The #LiveforNow Movement by Pepsi:

‘#LiveforNow’ was one of the craftiest and the best restaurant social media campaigns to be run by the multimillion-dollar company, i.e. Pepsi Co. And no, we are not referring to Kendell Jenner’s ridiculous appearance in Pepsi ads.

So, rumor has it that when Pepsi Max wanted to revive the ideology surrounding the tantalizing taste of their cold drink, they created a top-shelf hologram show. The short program featured flying saucers, unlikely objects, and a Tiger running around Oxford Street, London.

The best part of this whole campaign was that it was a live show. It ran its course; most of the people were amused to see such creatures running around. Needless to say, YouTube algo picked it up, and the video got more than 8 million views.

This was not only creative use of augmented reality but an intelligent way of promoting a brand that has rarely fallen short of consumers’ expectations over the last few decades.

Of course, you do. You have seen him sprinkling all kinds of crazy stuff in memes, edited movies, Hollywood shorts, and whatnot.

This guy is known as Nusret Gökçe; a popular Turkish Chef who has a cult-like following on the internet. Call it intertwined fate with success, or Nusret’s knack for creating one of the best restaurant social media campaigns, the guy became insta-famous within a few days.

Originally, he was lavishly sprinkling salt on a piece of steak that he had just cut up. However, Photoshop experts were quick enough to take Nusret Gökçe’s picture and add him to all sorts of stills. Needless to say, the #SaltBae hashtag helped to bring in 1.1 million followers to Nusret’s Instagram page, oodles of new customers to his restaurant, and whatnot.

Did you learn anything from Nusret Gökçe’s best restaurant social media campaign?

Humility and a push to be creative outside the box are often a rebound to success.

Keep at it, and try to come up with new ideas for your name-brand food business to see how things pan out.

Also, he didn’t spend any big bucks on that salt sprinkle shot.

The next one on our best restaurant social media campaigns list is Kellogg’s ‘L’Eggo my Eggo’ strategy.

The Gif image was posted by Kellogg’s in recognition of Netflix’s ‘Stranger Things’ show highlighting ‘Eggo’ as one of the best-frozen waffles to date. In case you didn’t know, Eggo is a Kellogg’s product. So, they immediately noticed it when Stranger Things showed a shot of the waffle.

Anyhow, the brand’s appearance on Netflix’s show turned a lot of heads. Kellogg’s was intelligent enough to post an upside-down gif image, as seen above to just mess around with the audience. Soon enough, there were approx. 8,000 retweets, and 19,000 likes for the L’Eggo my Eggo tweet.

Oftentimes, the best way of gaining attraction is by banking on your brand’s appearance on some TV show. That’s rare, but if it does happen, do not miss the opportunity to talk about it on social media platforms under your official brand name.

The #WorldsApart Campaign by Heineken:

Heineken’s example of the best restaurant social media campaigns is interpreted in the form of the ‘WorldsApart’ experiment.

The beverage giant showed 6 people with different beliefs, put in a room together. The objective was simple – i.e. they had to work together to build a bar. Eventually, the participants came through and built a bar. When they cracked open their beers, they were encouraged to sit and talk about their differences.

#WorldsApart by Heineken is not only a smart way of promoting the brand but also focusing viewers’ attention on social issues. Sometimes, brain fog settles in because of the media’s way of portraying things through lobbied campaigns. As humans, we all stand united if we are given enough time to reflect on our social issues.

Heineken’s restaurant social media campaign garnered over 3 million views in about a week or so. Most of the comments were positive, and Heineken walked off with some decent press coverage that left a long-lasting impression on social media marketers from all over the world.

How to Run The Best Restaurant Social Media Campaigns for Your Business?

Before parting ways, here are some gems of solid advice based on the examples featured above.

Feel free to improvise and be creative along the way. After all, it’s not necessary for our ideas to stand out, as opposed to something unique that you might come up with. Don’t hesitate to move ahead with your plans, and see where it takes your food business through the ‘word of mouth marketing effect on the internet.

If you are in the mobile food business, such as running a truck or kiosk, this is a solid gold-level tip for you. Always share regular updates about the latest scoop through your social media brand page.

For food truck business owners, it helps to post about where you’re going next, your upcoming food order menu, and sizzling new dishes that you’ll be promoting via discount deals. Give that you already have a following on your social media profile page, driving around each new location helps to bring in new customers easily.

If you haven’t heard about ‘Kogi’; they are a food truck business company that seized the opportunity at the right time. Back then when Roy Choi and his team were using Twitter, it was a little unusual for restaurants to post stuff about whatever they’re doing through a microblogging website.

Running time-gated contests and promo deals on social media pages is a great way of creating the buzz about your food business.

Usually, these contests encourage people to share a restaurant-centric brand name or a hashtag for people to participate. Based on X number of referrals or engagement percentage coming in from contestants, the winner is announced on a specific date.

‘Pieology Pizzeria launched one such campaign where they liberally used discount codes, coupons, and polls. They top it all off with colorful imagery and killer copywriting skills to make sure that people remember their campaigns for the sake of referring more customers to the business.

Regardless, it may not be the coolest example of running the best restaurant social media campaigns, but Pieology Pizzeria guys rinse and repeat it to keep reminding people of the brand’s presence.

Sharing kickass closeup shots of your latest dishes under your brand name is a great way of remaining on top of your customer’s news feed.

However, when your customers submit something for you to share with the rest of the followers, try and approve such gestures with a shoutout. Besides, these days, the camera technology in smartphones is so powerful, that there’s a huge possibility for your customers to be the next big photographer.

All you need to do is appoint a small team of people to monitor user-submitted content for approval and share those images via scheduled posts on your restaurant’s Instagram, Facebook, or Twitter page. The is the best example of managing a free organic social media marketing campaign that only requires time on your part – and nothing else.

Your customers will do the rest for you and they’d love a little bit of acknowledgment from your side. If someone has posted a killer image of your restaurant’s food or sent something in as a submission, you can go ahead and post the image with a little write-up that says thank you to the user.

That person will love it and bring in more customers in near future.

At the End of the Day:

In the end, it doesn’t take much to attract hungry diners.

Our best advice is to remain patient and consistent with whatever social media campaigns that you’re going to be running. Post regularly, and engage customers through unique ideas to drive a delightful customer experience. 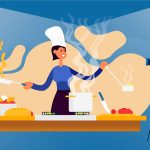 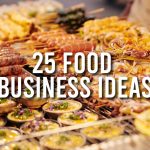 25 Food Business Ideas That You Didn’t Think of 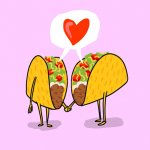 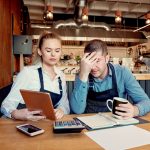 Before You Scale, Define your Restaurant Marketing Objectives 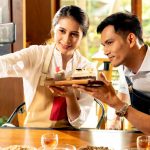 Top 5 Ideas for Restaurant Marketing in 2021
Would you recommend this article?
YesNo
Previous
Next

Grow Your Online Orders with Blink!