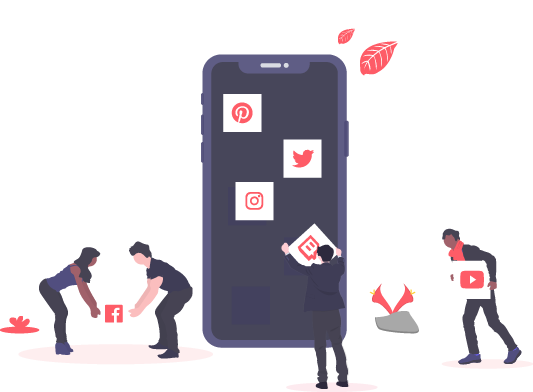 Although there are tons of strategies to boost brand visibility through social media, we will only focus on one of them, which is social media influencers. Here’s why…

Social media influencers have helped businesses secure massive revenue over the last few years. Also, social media platforms have quadrupled their online traffic since 2017. Significantly, if we talk about TikTok, the company grew from a user base of 2.6 million in 2017 to a staggering 14.6 million people. It was a 550% increase, which opened countless opportunities for businesses to market their products through social media influencers.

Be mindful of different influencer categories and their respective content on social media websites. Your audience will not convert! If someone has a high follower count but doesn’t produce content on food-related stuff, it’s better to drop the idea of collaboration.

There are micro, macro, and mega category social media influencers. As evident from its name, the ‘Mega’ segment comprises influencers with millions of followers on their pages. Meanwhile, micro-influencers have an audience range between 5,000 – 35,000.

We recommend working with micro-influencers for maximum conversion. Want to know why? Read on…

Although the possibility of some mega influencer talking about your restaurant services seems to be the goal, these influencers charge thousands of dollars per post! If you have that kind of money to spare on a single marketing event for your restaurant, go for it.

On the contrary, micro-influencers are much better to work with. Not only are they cheap, but they are easy to contact, flexible when it comes to discussing different approaches, and they go the extra mile to impress their clients.

As a result, micro influencers’ conversion percentage is around 3% – 5%, which is much better when compared with mega influencers.